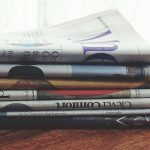 On January 11, 2021, Washington D.C. Mayor Muriel Bowser signed into effect the Ban on Non-Compete Agreements Amendment Act of 2020 (the “Act”). Essentially, with only a few exceptions, it prohibits employers from prospectively requiring employees to sign non-competition agreements. This excludes any non-competition agreements that were in place prior to the new Act. It also prohibits employers from restricting an employee’s outside business activities while employed. You can read more on the initial Act as previously covered by the WCS team here.

As of August 31st, the implementation of the Act has been delayed to April 1, 2022. The date was previously undefined, and stated in the Act as taking effect on “the date of inclusion of its fiscal effect in an approved budget and financial plan.”

This delay to next spring follows the proposal of the Non-Compete Conflict of Interest Clarification Amendment Act of 2021 (the “Bill”) made earlier this summer by Councilmember Elissa Silverman. The Bill is a response to concerns raised by councilmembers and employers questioning the potentially damaging extent of the Act’s impact.

The Bill includes “bona fide conflict of interest provisions” addressing the simultaneous employment restrictions of the Act, in hopes to prevent ethical threats and conflicts of interest such as employee use of proprietary information at other companies for pay. The Bill also requests the Notice of Hire form be amended to inform employees of the Act. It does not address the restriction of non-competition agreements.

The delay in implementation creates time for the Bill’s amendments, and other matters surrounding the Act, to be more deeply scrutinized for employer impact. For now, these amendments remain unpassed and the Act stands as originally drafted. If employers should have questions or concerns about their current employment contracts in relation to the non-compete ban, please contact our Employment and Labor Law Group.