Wright, Constable & Skeen continues a tradition of providing unparalleled legal services that began more than one hundred years ago. Our drive for excellence has made us one of the nation’s most elite firms, securing us a place on the LexisNexis® Martindale-Hubbell® list of U.S. Top Ranked Law Firms as well as rankings in U.S. News & World Report in the areas of Maritime Law, Insurance Law, Construction Law and Alternative Dispute Resolution. Wright, Constable & Skeen holds an AV Peer Review Rating and has been named in Best Lawyers in America®, Best’s Recommended Insurance Attorneys ®, and Maryland’s Super Lawyers ®, and Rising Stars ®, among other publications.

Wright, Constable & Skeen has five conveniently located offices in Baltimore, Bethesda, Frederick, Towson and Richmond. We are proud to offer a versatile team of attorneys and paraprofessionals that blends the personal attention and consideration expected of mid-sized law firms with many of the advantages provided by larger firms – a dynamic scope of focus areas organized by practice groups assembled for various concentrations.

The firm prides itself on this balance, as it allows attorneys to concentrate on specific areas while maintaining an outlook that is as interdisciplinary in nature as the challenges and opportunities faced by the people we represent.  The product of this approach is a commitment to engagement, accessibility, creativity, problem solving and capitalizing on opportunities.

Offering a dedicated level of personal attention to each and every client, our attorneys have received numerous honors, including being recognized in Best Lawyers in America®, Best’s Recommended Insurance Attorneys®, Maryland’s Super Lawyers® and Rising Stars®.  In addition, as a testament to our professional excellence the majority of our attorneys and the firm as a whole is recognized as AV Preeminent by Martindale-Hubbell®.

The lawyers at Wright, Constable & Skeen proudly carry on the legacy of a commitment to clients, community, and the advancement of the legal profession that the law firm’s founders began in 1906. You can find profiles for each of our attorneys, as well as direct contact information here.

A law firms’ unique traits are often byproducts of the people involved. Wright, Constable & Skeen’s predecessors created a legacy of excellent legal service, which our attorneys take pride in continuing today. To help ensure that the firm’s legacy endures, we nurture new generations of attorneys who will carry on the type of service that we have offered to Maryland residents and businesses for more than a century.

Wright, Constable & Skeen’s name was formed in the 1980s but its roots took hold much earlier with the firm’s namesakes – John D. Wright, the Constable’s family of attorneys and the Skeen family. Let’s meet them.

In 1937 John D. Wright, a trust officer with The Equitable Bank in Baltimore, began a tax newsletter that was circulated nationally by the bank. As a result of the interest evoked by the newsletter, Wright left the bank and began a law firm, eventually named Wright, Robertson & Dowell. He continued to write tax articles for national publications, attracting such Hollywood clients as Jack Benny, Alice Faye and Jules Stein, president of Music Corporation of America. 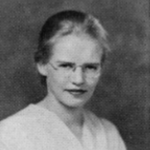 It is because of Wright that WC&S has ties to a strong female leader. In 1940, Emma “Bobbie” Robertson, an early female graduate of the University of Maryland Law School, joined Wright as a partner in his practice. She also had her pilot’s license and served as a captain for the Civil Air Patrol and also flew for the Coast Guard Auxiliary. In 1950, she served as president of the Women’s Bar Association.

George H. Dowell joined Robertson and Wright in 1942 specializing in tax planning and the implementation of pension and profit-sharing plans, at that time a new phenomenon in employee benefits.

Thereafter, Wright, Robertson & Dowell, established a reputation in the tax field, serving many of Baltimore’s leading businesses. The tax specialty continued as the mainstay of the firm until 1974, when it combined with the small Towson litigation firm of Townsend Parks and changed its name to Wright and Parks. This arrangement continued until 1986 when the firm merged with Constable, Alexander, Daneker & Skeen to eventually become Wright, Constable & Skeen as we know it today.

The Constable family brought to the firm a long tradition of devotion to the law and public affairs.

In the early 1900s William Pepper Constable, the son of Albert Constable II, came to Baltimore from his native Cecil County and founded the firm of Constable & Alexander. Noted for his enthusiasm for the law and trial skills, he built a practice that became well known throughout Baltimore City and County. In due course, his son George joined the firm, as did his grandson James, who is a current partner. Constable & Alexander participated in major litigation of national importance for clients, such as:

John Henry Skeen was already an expert in admiralty law practicing in the Equitable Building when he moved across the hall to join the firm of Frank, Emory & Beeuwkes in early 1921. In 1922, Eli Frank, an eminent attorney, teacher, and member of the firm, was appointed by Maryland Governor Ritchie as an Associate Judge of the Supreme Bench of Baltimore City. Predecessors to Frank, Emory & Beeuwkes included John Carter Rose, a leading attorney and jurist of his day, who had only recently been elevated by President Warren G. Harding to a seat on the Fourth Circuit Court of Appeals and Morris A. Soper, who was thereafter appointed to fill Judge Rose’s vacancy on the U.S. District Court for the District of Maryland.

In 1925, the firm moved from its original offices in the Equitable Building to what was later known as the First National Bank Building. With the addition of Reuben Oppenheimer in 1922, the firm changed its name to Emory, Beeuwkes, Skeen & Oppenheimer. Thereafter in the ’30s and ’40s the firm continued to recruit talented attorneys who would become leaders of the Bar.

In 1942, a new associate, John H. Skeen, Jr. joined the firm but left to serve in the Pacific during World War II. In December 1945, young Major Skeen, who had the essential qualifications of a law degree but no experience, was appointed by General Douglas McArthur as chief defense counsel in the war crimes trial of Japanese General Homma Masaharu, “The Beast of Bataan.”

General McArthur gave the young Major Skeen and his team two weeks to prepare the defense of General Homma before a military commission assembled in a makeshift courtroom in the former High Commissioner’s residence in Manila. While acquittal was out of the question, success in this case consisted of convincing the tribunal to order the execution by firing squad rather than hangman’s noose, a shameful way to die for the proud general. General Homma expressed his gratitude in letters of thanks to his defense team and a gift of his ceremonial sword, both of which remain family treasures.

When John H. Skeen, Sr. died in 1951, John H. Skeen, Jr. and his brother William A. Skeen, left what was then the firm of Frank, Skeen & Oppenheimer to start their own practice in the admiralty field. Located in The Fidelity Building, they were joined by others and continued an active practice in the maritime field for the next 35 years, representing such clients as United States Lines, a leading ocean carrier of its time.

John H. Skeen, Jr. served as a United States Magistrate and Chairman of the commission that recommended establishing the Patuxent Institution, a novel experiment in the treatment and housing of chronic criminal offenders. The Skeens were actively litigating in a number of areas of admiralty law, including towage. In 1955, the firm argued Boston Metals v. The Winding Gulf, 349 U.S. 122, in the United States Supreme Court. Boston Metals was a companion case to the Bisso decision, one of the landmark cases in the field, invalidating exculpatory clauses in towage agreements. Bisso v. Inland Waterways, 249 U.S. 85.

The history of Wright, Constable & Skeen would not be complete without some of our veterans who played a part in our past. With deep gratitude—and as part of our tradition—we honor them and all the brave veterans from Maryland who have served in every theater of the war. 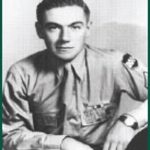 Of Counsel to the Firm at the time of his death in 2007, Francis (“Ike”) Iglehart fought in the Battle of the Bulge, where 10 soldiers in his squad of 12 were killed. In a memoir of his military experience, Ike recounted, “Two eighteen year old replacements in a hole ten yards to the left were killed instantly by direct hit, and we struggled to the company command post after nightfall with a party of four dragging the bodies in blankets.” Ike was awarded the Purple Heart, Bronze Star, and Combat Infantry Badge, as well as three campaign stars.

Major Jack Skeen was a young attorney with little experience in December 1945 when General Douglas MacArthur appointed him chief defense counsel in the war crimes trial of Japanese General Homma Masaharu, “The Beast of Bataan.” Although Homma was convicted, his sentence of facing a firing squad—a more honorable death for a soldier— as opposed to hanging was considered a victory.

Click here to read the article and view photographs, from Peter B. Cook’s “Beast of Bataan,” American History magazine (March/April 1996).