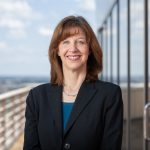 Several states brought legal challenges resulting in six federal district courts issuing injunctions against the Executive Order and the Task Force guidance. These injunctions varied in scope, as some applied only to certain states within the jurisdiction of the specific court and also addressed different elements of the Executive Order and guidance.  In December, a federal judge in the Southern District of Georgia issued a broader preliminary injunction barring implementation nationwide, asserting that vaccines are effective but that the President exceeded his authority when issuing EO 14042.  That case is now on appeal.

As a result of these existing injunctions, the Safer Federal Workforce Task Force has updated the information on its website to advise that the federal government will be taking no actions at this time to enforce the contract clause in federal government contracts that implements the requirements of EO 14042.