Cynthia Rodgers-Waire wanted to be an attorney at a very young age, admittedly before she had any real idea why. It was a good hunch, as she turned out to be a very good one who has received a number of recognitions for her work and helps lead two very distinguished practice groups at Wright, Constable & Skeen.

Ms. Rodgers-Waire has been practicing law in Maryland and the surrounding region for more than twenty years. She focuses her practice on the areas of construction, mediation and arbitration law, surety and fidelity law. She assists clients with contract drafting and negotiation. She also provides advice regarding performance issues and claim analysis with an eye toward minimizing and efficiently resolving disputes. She has represented owners, developers, contractors, subcontractors, suppliers, and sureties in federal and state courts at both the trial and appellate levels, as well as in various forms of alternative dispute resolution, including mediation and arbitration.

Ms. Rodgers-Waire is a self-described perfectionist who prides herself on organization and attention to detail. She enjoys her work for the challenges that come with juggling different types of tasks, and the satisfaction derived from adding value for clients. She is extremely complimentary of the other members of her team at Wright, Constable & Skeen, pointing to a collegial atmosphere within the group and a desire to work together for the best results. 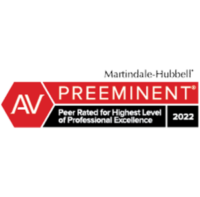