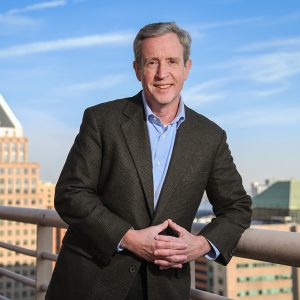 Like many employers, Ventra Sandusky, LLC, an auto parts maker, maintains a no-fault attendance policy. The policy subjects an employee who notches 12 absence-related “points” to discharge. Happily, it includes a redemption provision allowing a worker to win a 1-point reduction for any 30-day perfect-attendance streak. Even better, leave days taken for vacation, bereavement, holidays, jury duty, union purposes, or military duty count as actual attendance under that redemption provision. The one catch: FMLA leave did not, at least until the company fired Jeremy Dyer, count as attendance for purposes of point-reduction streaks.

Jeremy suffered migraines that often required him to take intermittent FMLA leave. Consistent with the FMLA, the company did not charge him points for those absences. But he nonetheless racked up 12 points for non-FMLA absences and was exited.

Sad Jeremy turned clever plaintiff, claiming that if the policy’s redemption provision had counted his intermittent FMLA leave as attendance, he would have compiled enough 30-day perfect-attendance streaks (i.e., enough point reductions) to avoid discharge. By omitting FMLA leave from the types of leave that counted as attendance under that provision, he argued, the policy violated the FMLA.

On August 8, a federal appeals court effectively agreed, holding that, for two reasons, a jury should decide whether the company violated Jeremy’s FMLA rights. First, the court cited Department of Labor opinions under which the company could lawfully freeze Jeremy’s perfect-attendance streaks at a particular number when he took intermittent FMLA leave, but could not reset those streaks at zero based on such leave. Second, in the court’s view, a jury could find that the company’s policy of deeming certain non-FMLA absences as attendance for point-reduction purposes unlawfully treated FMLA leave less favorably than “other equivalent leave statuses.”

This is simply another warning to carefully scrutinize your attendance policies to ensure they do not inadvertently violate the law.  Feel free to reach out to any of WC&S’s attorneys in the Employment and Labor Group for guidance or a second set of eyes.

The Saga of Antonio Brown’s Helmet

Former Steelers and current (maybe) Raiders wide receiver, Antonio Brown, has been a great source of material this week.  After ceasing communications with his team last week, he has resurfaced.  It turns out that Brown’s absence (if not entirely, at least in substantial part) has been the result of a dispute over the helmet that he wants to wear.  Brown has worn, until this year, a helmet that was taken off of the “approved” list of helmets the NFL uses, for safety reasons.  The NFL seeks to compel Brown to wear a helmet that is approved by the league, or, presumably, to not play football.

This week, Brown’s camp, through an anonymous source, has broken its silence to declare that “if [Brown] suffered a head injury in a helmet that he is compelled to wear, he would hold the league liable.”  Further, the anonymous source stated that if he was compelled to wear a different helmet than his helmet of choice, and he was to sustain an injury, “the liability will be dramatic.”

The liability won’t be “dramatic,” it will be non-existent.  Brown would have to prove something called “causation.”  In essence, Brown would have to sustain an injury to his head, then prove that the injury he sustained would not have happened in his old helmet, which would be nearly impossible to do.

This raises an important point for employers to keep in mind.  “Liability” can be a scary word when it is thrown around recklessly.  The word can be used to bully employers who don’t know how to protect themselves into unjustly giving in to unreasonable, and sometimes dangerous, demands.  In Brown’s case, injury liability might actually be more provable against the NFL if the league was to cave under the threats of “liability” and allow him to wear a helmet that they have already determined to be unsafe.

The NFL has an army of attorneys on its side.  Those attorneys are (probably) not reading this article to determine whether there’s any chance of liability being imposed on their organization. Many smaller employers don’t have the legal horsepower within their organizations that the NFL has, and as a result it can be easy to get pushed around.