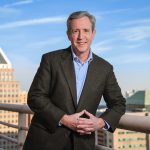 Many Maryland employers, like their counterparts nationwide, continue to suffer the onslaught of overtime lawsuits. These lawsuits typically assert claims under the federal Fair Labor Standards Act (the “FLSA”) and the Maryland Wage and Hour Law (the “MWHL”). Both the FLSA and the MWHL state that an employer must pay an employee at 1.5 times the regular rate for hours worked beyond the overtime threshold, which is currently 40 hours per week under both laws. While both laws enable plaintiffs to recover attorneys fees from deviant employers, they otherwise can yield differing monetary remedies. The FLSA enables an employee to recover double the amount of any overtime pay withheld, while the MWHL, when invoked together with Maryland’s Wage Payment and Collection Law, can effectively provide triple damages. In an effort to avoid such treble-damage liability, employers have argued that the FLSA “preempts” the MWHL (i.e., renders it inoperative).

In several decisions, Maryland’s federal district court has thus far rejected that argument, ruling instead that plaintiffs can sue under both the FLSA and the MWHL. But those decisions do not consider a 1970 Opinion of Maryland’s then-Attorney General, Francis Burch, concerning the relationship between the FLSA and the MWHL. In that Opinion, Attorney General Burch suggested that either the FLSA or the MWHL, but not both, apply at any given time and, in addition, that the MWHL will apply only if, at that time, Maryland’s overtime threshold is lower than the federal threshold— a condition which, as discussed above, does not currently exist. Accordingly, Maryland employers confronting overtime lawsuits should seriously consider donning this potential treble-damage shield.

Ignorance Can Turn a Small Contractor into an Ineligible Large Contractor

Seeking to help small businesses flourish and win a greater percentage of government dollars, the government sets asides certain contracts or percentages of contracts to “small businesses.”  To qualify as a small business for most SBA programs, contractors must meet certain tests applicable to the NAICS code set for the procurement.  With increased competition for these contracting opportunities, many contractors seek means of ensuring that they are considered a “small business” or challenging the size status of competing potential awardees.  The Size Determination Program ensures that only small firms receive contracts and other benefits reserved for “small businesses.”  Generally, this program is based entirely on the self-certification by the contractor.  If a contractor’s status is challenged, the SBA determines whether the contractor, and its affiliates, meets the established SBA standards.  Should a contractor not meet the standard set for the procurement, it will be deemed ineligible for that award and may have repercussions in future procurements for that contractor and any of its affiliates.  If a contractor has intentionally falsified its status, more drastic remedies are available to the government including fines, penalties and debarment.

In a recent decision the Small Business Administration’s Office of Hearings and Appeals (“OHA”), Perry Johnson & Assoc., Inc., SBA No. SIZ-5943 (2018), the OHA confirmed that a failure to respond to an SBA protest may result in an adverse size determination regardless of the company’s ignorance of size regulations and premised on the contractor’s refusal to fully participate in the investigation.

As is required under such protests, the SBA contacted Perry Johnson and requested the company provide its tax returns and documents relating to the affiliated entities. Perry Johnson repeatedly omitted information arguing it was not relevant to the size protest. It argued that companies cannot be affiliated if they work in different industries and it refused to address issues surrounding common ownership or management, or identity of interest.

The SBA disagreed and the OHA affirmed the finding that the company was not Small based on its affiliation with other companies and reconfirmed that affiliation arises from control, i.e. the ability for one company to control another through common ownership, common management, or identity of interest.  The OHA also affirmed that adverse inferences are permissible when a company refuses to provide relevant information.  This case is also a good example that it does not take much to get the SBA to investigate a company’s claims about its size status and is a good warning that when the SBA comes knocking, do not ignore its requests.