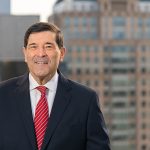 When a Quote Can’t Be Withdrawn

Normally, an offer may be withdrawn any time prior to acceptance. In the construction industry, however, general contractors submit what are termed “firm” offers, meaning the offer cannot be withdrawn for a fixed period of time once bids have been opened. But what about the supplier or subcontractor who submits a quote to a general contractor?

The Court of Appeals in Pavel Enterprises, Inc. v. A.S.Johnson  Company, Inc., 342 Md. 143 (1996) applied “detrimental reliance,” or  “promissory reliance,” theory to a construction bidding case. The doctrine of promissory reliance originated in Maryland primarily to enforce pledges to charitable organizations i.e., once the pledge is given and relied upon, it cannot be revoked. In a nutshell, it precludes withdrawal of offers under certain circumstances where the other party has relied to its detriment. The issue in Pavel was whether a subcontractor could withdraw its bid after a general contractor had relied on the price by using the subcontractor’s price in its bid to the owner. The general contractor in Pavel, however, did not prevail as it “shopped” the prices by requesting all potential subcontractors to resubmit their prices.

Tech, a general contractor, submitted a bid to Baltimore County for construction of the Winfield Police Athletic League Center project. As part of the process of assembling its bid, Tech received proposals from potential subcontractors. Citiroof sent a bid of $32,000 to a number of general contractors, including Tech, for the roofing portion of the project. With the original bid opening postponed by Baltimore County, Tech did not look closely at any of the subcontractors’ bids until the rescheduled bid day.

On the rescheduled bid day, Tech received a second roofing bid of $62,803 from another roofing company. At that point, Tech realized “that somebody has got to be right, and somebody has got to be wrong.” Tech did not know which subcontractor was wrong. Tech advised Citiroof that its bid price was “rather low.” After discussion, the parties determined that Citiroof was unaware that the project was subject to a Davis-Bacon wage scale. Citiroof, then, recalculated its price to include the higher wage rates and amended its bid to $38,700.

Even after Citiroof amended its price, Tech asked Citiroof if they “had everything included in the bid” and whether Citiroof “was comfortable with it.” Based on Citiroof’s assurances, Tech used Citiroof’s amended price in its bid to the owner. After Tech was declared the apparent low bidder, Tech faxed a standard “Letter of Intent” to Citiroof.

At Citiroof’s request, Tech forwarded a full set of drawings and specifications. It was at that point that Citiroof realized that the roof plans (obtained from a different contractor) used to calculate its price were “half sized.” The result was that the price was approximately one-half what it should have been.  Citiroof subsequently advised Tech that it was withdrawing its bid.

After Citiroof declined to perform, Tech contracted with the other roofing company, albeit at a slightly reduced price, to perform the work and sued Citiroof for the difference in price. The trial court found that Tech had met all four prongs of Pavel and awarded Tech $20,276 in damages.

The main issue raised by Citiroof on appeal was whether Tech’s reliance on Citiroof’s bid was reasonable. Citiroof argued that the price discrepancy should have alerted a reasonably prudent general contractor not to rely on its bid, particularly since Tech sensed that one of the two prices was in error.

The appellate court found that Tech’s reliance was reasonable under the circumstances. First, Tech advised Citiroof about the other substantially higher roofing price and asked Citiroof to review (verify) its bid. Later, Tech asked Citiroof whether it was comfortable with its revised bid of $38,700 and even pointed out that its price would be used. Finally, Tech had only two prices to compare for reasonableness so it could not be accused of snapping up an offer that might otherwise have been too good to be true.

Ultimately, the appellate court held that it was not the responsibility of the general contractor to guarantee the accuracy of the subcontractor’s bid. The mistake of using half-sized prints, then, wound up costing the subcontractor $20,276.

There are times when subcontractors may withdraw their bids where, like in Pavel, a general contractor shops the price or where it is apparent there was a gross mistake. But where there is no evidence of bid shopping, a subcontractor may very well not be able to withdraw its price if the general contractor used the price in its bid to the owner and the reliance was reasonable under the circumstances.

Louis J. Kozlakowski, Jr. Esq. is a partner with the law firm of Wright, Constable & Skeen, LLP. and has represented clients in the construction industry for 48 years.

If you have questions, please email me at lkozlakowski@wcslaw.com.