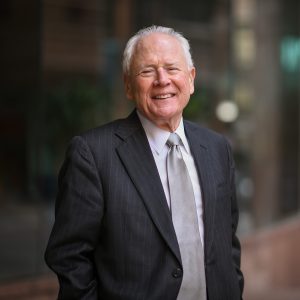 Effective January 1, 2020, Congress put in place an Act entitled “Setting Every Community Up for Retirement Enhancement Act,” cleverly titled the “SECURE ACT.” The Act has been touted as retirement legislation intended to make it easier for businesses to offer retirement plans and for individuals to save for retirement. Estate planners, immediately upon passage of the Act, set about the task of determining how clients can deal with what are deemed detrimental provisions of the Act and began scheduling webinars to share these thoughts. Since IRAs, 401(k)s and other such tax-deferral plans are an intricate part of estate planning, a good deal of energy is being expended to find solutions. There certainly are benefits under the Act, however, there are detriments of which all should be aware.

Prior to January 1, 2020, it was possible to name as a beneficiary a much younger person who would be required to take no more than minimum amounts based upon life expectancy tables. For the most part, that period has now been cut to 10 years. It is anticipated that as a result, the government will collect taxes on deferred funds much more quickly. There still are exceptions where life expectancy remains the measuring period assuming the beneficiary named is a surviving spouse of the IRA owner or a child under the “age of majority” except that once that age is reached, the 10 year rule kicks in. While the age of majority in Maryland is generally considered to be 18 years, based upon the formula contained in the Act, that age could be extended to as far as age 26. The new limitation also does not apply if the beneficiary named is less than 10 years younger than the owner and, finally, life expectancy is also utilized if the beneficiary is disabled or chronically ill.
The new legislation also doesn’t require heirs who must drain accounts within 10 years to take annual withdrawals. This means a ROTH IRA heir could postpone payouts until near the end of the 10 years and receive maximum tax-free growth since ROTH IRA payouts are typically tax-free. Beneficiaries of regular IRAs could do the same thing, but taking a lump sum will likely put them in a higher tax bracket when they do take it. Surviving spouses who inherit a ROTH IRA could put the account in his or her name, forego payouts during lifetime, and then leave the accounts to younger heirs who get a 10 year stretch.

The Act also provides some benefits for distributions under Section 529 Plans and gives small businesses tax credits for certain actions having to do with the start-up of a retirement plan and automatic enrollment arrangements. There are also additional opportunities provided for employers to join multiple employer plans (MEPs), simplification of rules and notice requirements related to qualified non-elective contributions in safe harbor 401(k)s and an extension of time for an employer to adopt a qualified plan. There is a provision concerning qualified plan amendments and an extension of time for most calendar year plans to complete the same by December 31, 2022.

The Old Bait And Switch

Don’t you hate it when you get lured into buying something only to find out when you go to take delivery that they don’t have what you wanted, instead they have something else that’s not really what you wanted. That’s called the old “bait and switch.” Well, based on a recent case from the U.S. Government Accountability Office (“GAO”) it seems that the government doesn’t like the bait and switch routine either. In Matter of: T3I Solutions, LLC, B-418034; B-418034.2 (December 13, 2019), the Air Force issued an RFP for crew resource management training and courseware development for the operators and security forces that are responsible for handling intercontinental ballistic missiles. Among other things, the successful contractor would be required to provide all personnel, including instructors or subject matter experts. The RFP required offerors to identify their planned personnel, including all instructors, courseware developers and any other required positions. The RFP also explained that the agency’s evaluation would consider whether the qualifications of the proposed personnel met the requirements. There were two bidders on the RFP; the incumbent, T3I Solutions, LLC (“TSI”) and Darton Innovative Technologies, Inc. (“Darton”).

Darton’s proposal identified an individual by name; stated that he currently serves as the instructor and program manager for the incumbent contractor and that he brings the expertise and knowledge to conduct the program. Darton also detailed the instructor’s qualifications, experience, and credentials. The selection committee determined that Darton’s offer provided the best value to the government and it was awarded the contract. TSI protested the award contending that Darton’s proposal contained material misrepresentations. It turns out that Darton proposed an incumbent employee to serve as the instructor when it did not have a reasonable expectation that this individual would be available for performance. The GAO found that Darton did not contact the proposed instructor prior to the submission of its proposal and did not obtain permission to use the qualifications of the proposed instructor in its proposal. In support of its protest, TSI submitted a declaration from the proposed instructor stating that he had not been contacted by Darton or had any discussion with the awardee regarding potential employment opportunities prior to the time for submission of proposals.

When a bidder has no reasonable basis to expect that its proposed personnel will be available during contract performance but proposes the personnel anyway in order to obtain a more favorable evaluation, such circumstance is known as a “bait and switch.” In order to establish an impermissible “bait and switch,” a protester must show: (1) that the awardee either knowingly or negligently represented that it would rely on specific personnel that it did not have a reasonable basis to expect to furnish during contract performance, (2) that the misrepresentation was relied on by the agency, and (3) that the agency’s reliance on the misrepresentation had a material effect on the evaluation results. Such misrepresentations are obviously impermissible because they have an adverse effect on the integrity of the competitive procurement system.

In sustaining the protest, the GAO noted that speculation as to whether someone will be available cannot reasonably support inclusion of an individual in a proposal. While the GAO has recognized that it is neither unusual nor inherently improper for an awardee to recruit and hire personnel previously employed by an incumbent contractor, an offeror may not represent the commitment of incumbent employees based only on a hope or belief that the offeror will ultimately be able to make good on its representation. The GAO recommended that the agency reevaluate Darton’s proposal and make a new selection decision. The GAO also recommend that the protester be reimbursed the reasonable costs of pursuing its protest, including attorneys’ fees. The takeaway here is not to count your chickens (incumbent employees) before they hatch (agree to remain with the project) and only offer what you can deliver.