WCS attorneys Paul Evelius and Jason Potter were recently featured by The Daily Record for their successful representation of a former union treasurer, William Lovelace, who had sued his union and its president for defamation. After a Baltimore City jury awarded Mr. Lovelace $425,000 in damages, the union and its president appealed. On February 4, 2015, the Court of Appeals affirmed the jury’s verdict, holding that a union member is not required to exhaust the union’s internal procedures before seeking relief if those procedures do not award the member complete relief. The Daily Record’s story can be found at the following link. 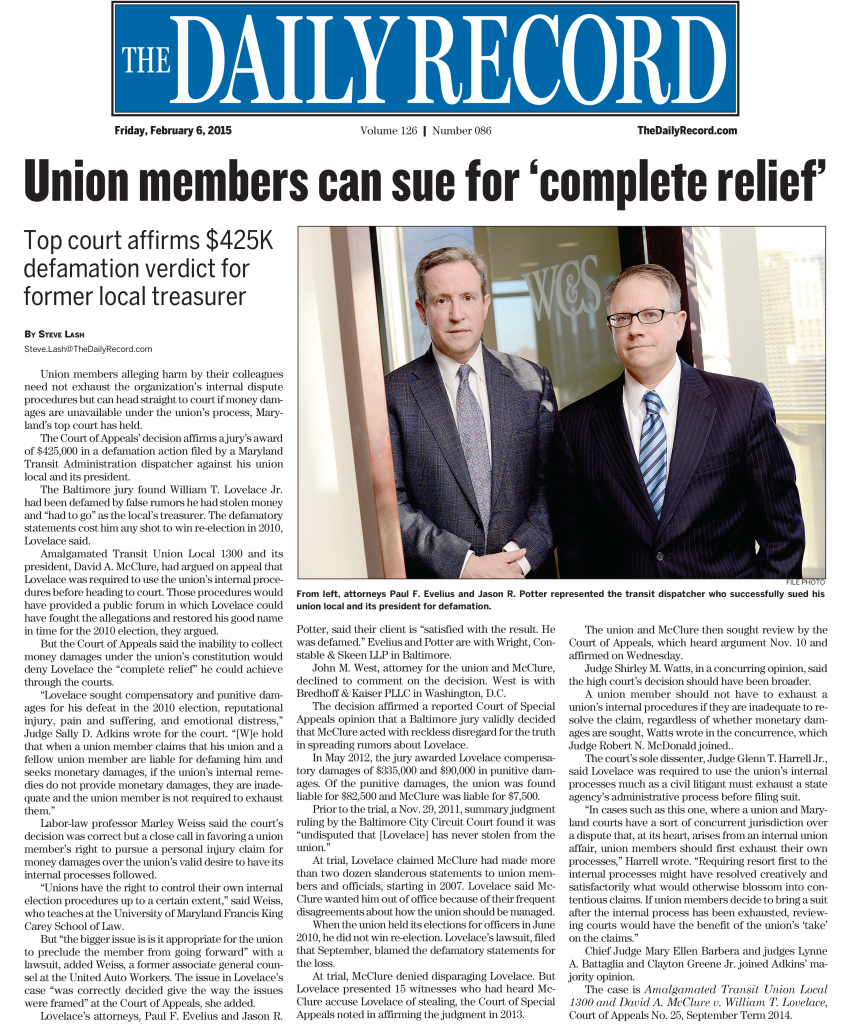