I must confess from the outset that I am a huge Sex and the City fan (there probably isn’t an episode that I haven’t watched at least twice). So, there is always some level of disappointment when SJP is not playing the role of Carrie Bradshaw. That being said, as a family law attorney for over 10 years, I am delighted to watch this new series whose singular title says it all: Divorce. After some fairly rigorous advocacy, I convinced my colleague, Fred Kobb, to watch the show with me. Fred and I frequently work together as a team on family law cases. We will each offer our own commentary on every episode from the perspective of family law attorneys. Keep in mind that the difference in our age, sex, and life and professional experience impacts our viewpoint. But together, Fred and I make a great team, and I hope you enjoy reading my two, or collectively, our four, cents.

From the very first episode, we are reminded that life is not easy nor is it simple. Most of us are working parents. We are constantly struggling to balance the demands of work and our kids and to also set aside meaningful time for our spouses and ourselves. While the notion of having an extramarital affair, i.e., committing adultery, resonates as patently wrong, it is not hard to understand why the relationship of Frances and Robert DuFresne has become strained and unhappy. Frances wants a divorce. While making this announcement at a friend’s party is not the best in terms of timing, we witness a breakthrough. For the first time, Frances and Robert are speaking openly and directly with one another about getting a divorce. We are now watching the rickety start of the emotional rollercoaster of the divorce process. They begin with unconvincing discussions about having an amicable separation. Next, they turn toward (sexually unsatisfying) efforts to reconcile. And finally, upon Robert’s discovery of Frances’s affair, they roar with speed into the dreaded divorce battleground, culminating with Robert locking Frances out of the house and threatening to ruin her life and her relationship with their two children, Tom and Lila.

As a family law practitioner, here is my take-away from Episode 1: Divorce is an emotionally and financially exhausting process. Frances and Robert need to seek their own providers of mental health and wellness, such as therapy, acupuncture, massage, or yoga. The parties are in the very early stages of exploring whether to end a lengthy marriage, which has produced many valuable things including Tom and Lila, a lovely home, and Robert’s construction business. When facing important decisions regarding legal and physical custody of minor children, child support, alimony, and the division of marital assets, it is critical for clients to be as sound-minded and rational as possible. Locking Frances out of the house that is likely titled in her name as well as Robert’s doesn’t make a whole lot of sense. Not to mention that, absent the issuance of a protective order, Robert does not have the right to kick Frances out of the house. Informing Tom and Lila that their mother committed adultery doesn’t make a whole lot of sense either. Not to mention too that a judge may even question Robert’s judgment as a parent if it came out that Robert informed the kids of Frances’s adulterous relationship in an effort to cause an estrangement. In short, decisions steeped in anger and resentment are not in the best interests of you or the kids. So, if you are facing any of these issues, go seek a mental health or wellness professional to allow you to make better decisions in your family law case. 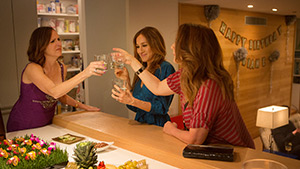