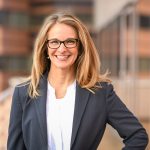 Who You Calling A Girl?

How many of your co-workers are girls? Unless you’re a family enterprise, operating a farm, running a camp or openly violating child labor laws, it’s unlikely that girls work at your company.

But how often are grown women called “girls” where you work?  How many of you have said or heard, “My girl in accounting can help you,” “I’ll have my girl contact you to set up that meeting” or “I’ll get our marketing girl on it”?

It’s safe to assume that any female over the age of 18 is a woman. After all, at 18, a woman can get married without parental permission, vote, enlist in the military, enter into a legally binding contract, work full-time, serve on a jury, open a bank account, get a tattoo, buy cigarettes, sign a lease for an apartment, sky dive and buy a lottery ticket. Age 18 brings with it vast opportunities, responsibilities and respect which should be accompanied by age-appropriate language. Referring to a female contemporary or even a supervisor as a “girl” remains demeaning, irrespective of whether the speaker is male or female. Adult females are women and deserve to be called women.

In July 2018, reporter Melia Robinson wrote in Business Insider about the owners of Silicon Valley tech investing firm Urban Innovation Fund. The company had raised more than $22.5 million to invest in startups. The co-founders are Clara Brenner and Julie Lien, both 33 years old and clearly neither is a girl.  However, they reported being referred to frequently as “girls” even by those who were seeking their venture capital money to fund business ideas. The reference came often from benign email greetings such as “Hey girls” or “Thanks, girls, for having us.” But Brenner said being called a “girl” “just grinds my gears.”

Consider the similar term “boy,” which was long ago eliminated from common employment parlance.  Why? Referring to a man as “boy” is emasculating, connotes servitude and a gross imbalance of power, perhaps even bringing to mind an uglier time in American history when slavery was legal. Today, hearing “boy” used in the workplace makes most people wince. Society has shifted from using “boy” to using “guy.” Today, men are typically referred to as “guys” such as “the IT guy,” the “marketing guy” or “the warehouse guy.” Still, guy is not the equivalent of girl.

Even referring to a female whose role in the workplace is perceived as less important on the hierarchy of high-paying jobs, such as an office assistant, billing clerk, waitress or housekeeper as the “girl” is unacceptable, and the repeated unwelcome use of such term can lead to legal claims of discrimination and harassment if accompanied by other factors.

The real working girls most of us see in our worlds are camp counselors, lifeguards and those employed with work permits signed by a parent or guardian. If used to refer to any other adult female, it’s simply insulting.

But what about the fact that women call other women “girls”? A group of adult female friends often refer to themselves as “the girls,” and a “girls’ night out” implies the company of adult females. Frequently, we hear women express camaraderie by addressing another woman as “girl” in the workplace, such as “You go girl!” or “Attagirl!” or “Girl Power!” Why is that OK?

Like all things, context matters. Given historical inequities, men should simply never use the word in the workplace and, unless in established friendships, women should refrain from using the word if they are in imbalanced work relationships.

The bottom line is words have meaning, literally and emotionally. Words frame how we think and can be evidence of an unconscious bias, implying that one gender is inferior to another.  Believing that “girl” is equivalent to “man” assumes a power structure where men are superior to women.

Some people may need some consistent, gentle reminders. Substitute terms for “girl” include colleague, co-worker, team-member, workmate, associate, collaborator and fellow employee. Alternatively, women can be referred to by their appropriate business title, such as owner, funder, partner, executive, director, manager, supervisor, apprentice, or team-lead.

It’s well past time to elevate our language to ensure adult women are given the proper respect deserved and we use age-appropriate terms.

(This article is printed with permission from The Daily Record.)

A change was made effective in May which was unknown to many employers.  In May 2018, Congress passed the Economic Growth, Regulatory Relief, and Consumer Protection Act, which requires nationwide consumer reporting agencies to provide a “national security freeze” free of charge to consumers. This freeze restricts prospective lenders from obtaining access to an individual’s background report, which presumably also makes it more difficult to steal an individual’s personal information.  The Act also states that whenever the Fair Credit Report Act (FCRA) requires a “consumer” to receive a summary of his/her consumer rights, it must also include notice regarding the availability of a security freeze.

Not only does this implicate lenders and others who make credit decisions, it also impacts employers who choose to do background checks on applicants and employees.  FCRA obligations exist whenever a current or prospective employer requests a “consumer report.” Such a report includes credit searches, driving records, and even criminal records.  All employers must inform applicants and employees of the intent to request such a report and must obtain express written authorization from the employee or applicant before doing so.  If the employer subsequently takes adverse action or refuses to hire the applicant based on information in the report obtained, the employer is also required to provide the individual with a copy of the report as well as a copy of the Summary of Consumer Rights. The employer is then supposed to wait a “reasonable period of time” before acting on the report.

Because of the changes to the FCRA, employers must now use the new form notice, found here, which includes information on the availability of a security freeze.