HR Mistakes Happen, Own Up to Them

Human Resources professionals have to keep track of the myriad of federal, state and local laws which can be confusing.  Inevitably mistakes happen when people interpret and apply the laws. Take the Family and Medical Leave Act (FMLA) for example. The FMLA has been amended once and several states and local jurisdictions have separate versions of the FMLA that tend to be more generous.  But sometimes employers focus so much on the details that it can be easy to overlook the eligibility requirements that determine, as a threshold issue, whether an employee is permitted to take leave in the first place.

Generally speaking, the FMLA allows employees working for covered employers to take up to 12 weeks of unpaid leave during a 12-month period, for an employee’s serious health condition or to take care of family members. An “eligible employee” is “an employee who has been employed—(i) for at least 12 months by the employer . . . and (iii) for at least 1,250 hours of service with such employer during the previous 12-month period.”

One employer recently made a mistake and accidentally granted leave to an employee who had not been employed for the minimum amount of time. What should the employer have done to correct their mistake?

First, what should NOT have occurred was termination.  But that’s what a Texas employer did in 2018 and was then hit with a lawsuit for wrongful termination and violations of the FMLA.  The employer recently tried to have the former employee’s lawsuit dismissed, but the motion was denied.  The case is now proceeding to a jury to decide whether the employer’s initial granting of FMLA leave, followed closely by termination for taking leave, violated the law.

How should the mistake have been corrected?

For questions about administering the FMLA or your company’s FMLA policy, please reach out to our experienced employment attorneys. 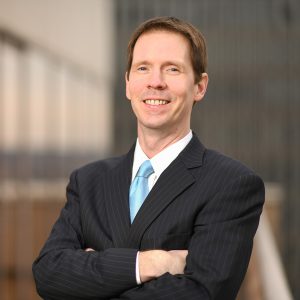 Title VII Discrimination Claims in the Age of Telecommuting

Over the last decade, the popularity and availability of telecommuting has greatly expanded. As a result, more employees than ever are working, at least part-time, from their homes located in different cities and even in different states than that of their employer. This is to be distinguished from an employee working at a brick-and-mortar office of their employer that is in a different location than the employer’s “headquarters.” For the most part, this a huge boon to both employers and employees. However, several unanticipated complications have arisen. One of these complications is that employees can now likely pursue discrimination claims under Title VII of the Civil Rights Act of 1964, prohibiting discrimination on the basis of race, color, religion, sex and national origin, both where the employer’s “headquarters” are located (traditional location) and now in the location where the employee is telecommuting (new location). In other words, an employer may now be vulnerable to discrimination lawsuits in states where it has no physical presence and its only connection to the state is that an employee is telecommuting from their home within that state. Although this is still a developing area of the law, the historical application of Title VII foretells how it will likely be applied in employees’ favor in the digital age.

Recently, I defended an employer against a reverse discrimination claim that presented a hybrid telecommuting issue. The employee was an executive whose position was located in Maryland and all his duties were based in Maryland, along with all executive positions in the company. However, the company maintained a Virginia office and permitted the employee to telecommute from the Virginia office several days a week because he lived in Virginia. The employee was laid-off and filed a Title VII lawsuit in Virginia. The court determined that Virginia was a proper venue for the lawsuit because even though the employee’s duties and position were located in the Maryland office, he was able to perform his duties remotely from Virginia. The Court reasoned that the employee felt the effects of the decision in Virginia and would have been permitted to continue working in Virginia but for the alleged act of discrimination (the Court ultimately dismissed the case in the employer’s favor). Although that case is slightly different from the scenario where an employee is telecommuting from home, it nonetheless offers insight into the expansion of Title VII venues as a result of telecommuting.

In sum, the expansion of telecommuting has created significant benefits for employees and employers but employers must realize that they are now most likely subject to being sued and defending Title VII lawsuits in locations where they maintain no physical presence. Although the law has not yet fully explored this issue, it is an issue that will surely become more prevalent as the availability of telecommuting continues to grow.