Everybody knows that their social media accounts will be stalked by prospective employers, landlords, lenders and in litigation.  In a recent case, the GAO held that a LinkedIn profile could be used to sustain a bid protest.  In Matter of: Insight Tech. Sols., Inc., B-420133.2 (Dec. 20, 2021), the GAO sustained a protest alleging that the agency’s evaluation of the awardee’s proposal was unreasonable due to a material misrepresentation in the proposal regarding the experience of one of the proposed key personnel.  The basis for the allegation of misrepresentation was a discrepancy between the key personnel’s LinkedIn profile and alleged qualifications set forth in the bid.

Insight Technology Solutions, Inc., of Bowie, Maryland (“Insight”), protested the issuance of a task order to A P Ventures, LLC, of Columbia, Maryland (“APV”), by the Department of Homeland Security for information technology support services for the agency’s student and exchange visitor program.  The Request for Proposals (RFP) provided that the agency would make its source selection decision using a tradeoff analysis considering four factors which included experience. The RFP identified minimum qualifications for key personnel including a project operations manager.  The project operations manager was required to have a minimum of five (5) years of experience in managing projects, with a focus on business process and re-engineering projects.”  The RFP noted that proposed “personnel that exceed the minimum requirements may be evaluated more favorably.”  In its bid, AVP identified its proposed Project Operations Manager as having 9 years of experience.  In its evaluation of the APV proposed key personnel, the agency noted that personnel had experience that exceeded the minimum experience requirements and that this experience added value and increased the likelihood of success.

A material misrepresentation in a proposal can provide a basis for disqualifying a proposal and canceling a contract award based upon the proposal.  A misrepresentation is material where the agency relied upon it and it likely had a significant impact upon the evaluation.  In this case, the agency argued that its evaluation was reasonable because an agency is generally entitled to rely on information provided by an offeror in its proposal, absent significant evidence, reasonably known to the evaluators, casting doubt on the accuracy of the information.  The agency contended that it did not have any reason to believe a misrepresentation had occurred and that it could not consider outside information as part of the evaluation because it would be tantamount to creating a post hoc resume requirement.

The GAO observed that when resolving allegations of material misrepresentation it may consider information raised during the protest that was not reasonably known to the agency during the evaluation.  Where a solicitation states that the qualifications of key personnel will be evaluated, and a proposal fails to demonstrate that key personnel hold qualifications that the solicitation requires them to possess, the proposal may be evaluated as unacceptable.  Further, the GAO will sustain a protest where the agency unreasonably concludes that a proposed key person meets minimum experience requirements.  Based on the record, the GAO concluded that APV could not have properly represented its proposed project operations manager possessed 9 years of relevant experience, or even the required minimum of 5 years experience managing projects.  It also concluded that APV’s misrepresentation had a material effect on the evaluation.  Finally, the GAO held that Insight was prejudiced by APV’s material misrepresentations and the effect it had on the agency’s evaluation.

The takeaway here obviously is not to make any misrepresentations in your bid submissions.  All bidders must also check the social media profiles of their key personnel to make sure that they are up to date and accurate and that the information matches the information provided in the bids submitted.  If you need help with bidding or protests please contact any member of our Government Contracts practice group. 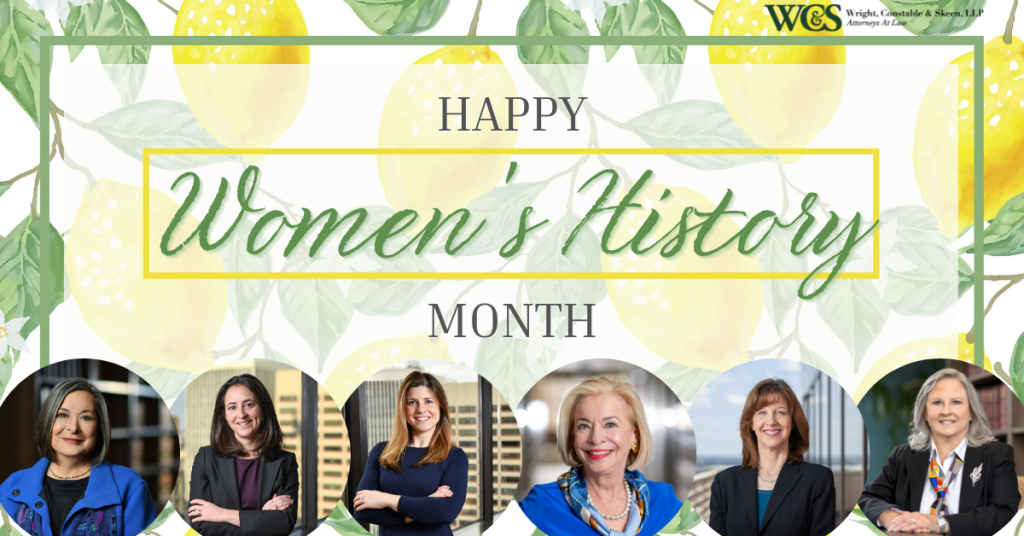 Yesterday, we celebrated International Women’s Day, but all of March is dedicated to the admirable women in our lives. Leaders, lawyers, thought provokers, barrier breakers, game changes, mentors — all titles that are synonymous with our women team members that take the courtroom floor, and those making great efforts behind the scenes. We appreciate each of you!