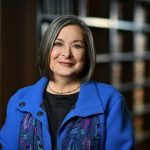 You have worked hard for several years and built your business from the ground up; and now it is just starting to take-off.  To add to your good fortune, you finally found that special someone you want to spend the rest of your life with, and a marriage proposal is imminent.  Exciting times!  However, while most people don’t enter into a marriage intending for the marriage to fail, the statistics show that more than half of marriages end in divorce.  So, what will happen to that business you have been building if your impending marriage ends in a divorce after say ten years?  In most jurisdictions, the business, or at least the increase in value of the business after the marriage, will become a marital asset and the other spouse will be entitled to some portion of the value of the business as part of a marital award.  This division of the value of a business can be very disruptive and expensive.  It doesn’t have to be that way!  A business owner can protect their business assets prior to marriage with a Pre-Nuptial Agreement (“Pre-Nup”).  Pre-Nups are no longer just for the rich and famous.

There really is no mystery to a Pre-Nup; it is nothing more than a contract between two adults with capacity to contract.  The parties to a Pre-Nup are contemplating marriage and desire to define rights that are generally defined by the state as the result of marriage, i.e. marital property rights and support rights.  Pre-Nup agreements are not one size fits all.  They need to be tailored to each couples’ individual needs, family wealth, and lifestyle.  One Pre-Nup may address alimony, and another may not.  A Pre-Nup can determine how to handle the acquisition of assets and real estate during the marriage. It can also be used as an estate planning tool for older adults, or to accomplish a waiver of estate rights where a party may be required or desire to preserve their estate for their children.  A Pre-Nup is also perfect for deciding who will have what interest in that business you have been building and in what amount.  In order to be enforceable, a Pre-Nup must be fair and equitable.  But, because no one can predict with certainty who will accumulate what assets during the marriage, fairness is measured when the Pre-Nup is entered into, not at the time of the divorce.

For a Pre-Nup to be binding, and not easily set aside, the agreement must be in writing, executed by both parties and both parties must fully disclose their assets at the time they enter into the agreement.  The law requires that the waiver or relinquishment of rights in the agreement must be made “knowingly and voluntarily.”  Thus, in the case of your business, to ensure enforceability of the Pre-Nup agreement, it is advisable to have the business valued as of the date of the agreement.  Further, if both parties have legal counsel for the negotiation and execution of the agreement, it is also more likely to withstand a challenge, if and when the parties divorce.  Generally, a Pre-Nup results in a quid pro quo, substituting financial payments or other assets for rights otherwise available because of the marriage, in order to satisfy the requirement that the consideration in the contract is sufficient for the rights waived.

Pre-Nup agreements can serve many purposes, including protecting your business assets.  Accordingly, it makes sense to give some thought, before the marriage, as to whether a Pre-Nup can help you. 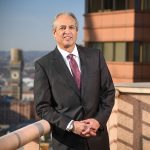 A Possible Recalculation of Child Support in Maryland

This dual scheme has caused attorneys and judges to question the true incentive of a parent who seeks shared custody of his or her children knowing that by gaining access for 128 overnights or more per year will result in a lower child support obligation than would otherwise be the case.  Conversely, the current child support model may motivate the primary custodial parent to limit access of the other parent to less than 128 overnights in order to maximize child support.  In other words, the question becomes whether a parent’s position regarding custody is actually based on a belief that such an arrangement would be in the children’s best interest, or is driven by a desire to affect the amount of child support, without regard for what access schedule is in the children’s best interest.

This skepticism has caused family law professionals to consider whether to modify Maryland’s two-formula system of calculating child support.  Consequently, some Maryland legislators are prepared to introduce a bill during the current legislative session that would reduce the number of overnights that would be needed to calculate child support under a shared custody formula to 92.  The logic behind the bill is that a parent whose position regarding custody is a pretense for limiting his or her child support would need to gain fewer overnights with the children in order to qualify for child support under the shared formula.  Presumably, that would reduce the amount of fighting about access schedules.  Additionally, the bill would gradually reduce the amount of child support to be paid when each parent’s access increases from 92 overnights to 109 overnights.  Even if this bill passes, it remains to be seen whether the new law will accomplish the intended goal of limiting custody battles.