On November 18, 2021, President Biden signed an Executive Order titled the “Nondisplacement of Qualified Workers Under Service Contracts.” This new Executive Order essentially resurrects the same policy that was put in place under the Obama Administration (E.O. 13495), which was withdrawn by the Trump Administration.  Under the new Executive Order, when a service contract expires, and a follow-on contract is awarded for the same or similar services, the Administration believes that “the Federal Government’s procurement interests in economy and efficiency are best served when the successor contractor or subcontractor hires the predecessor’s employees, thus avoiding displacement of these employees.”  The Administration contends that “using a carryover work force reduces disruption in the delivery of services during the period of transition between contractors, maintains physical and information security, and provides the Federal Government with the benefits of an experienced and well-trained work force that is familiar with the Federal Government’s personnel, facilities, and requirements.”  This Executive Order will affect about 2 million service contract workers, covering a range of jobs and responsibilities – from maintenance on military bases to call centers to transportation to research and development.

To accomplish its goal, the Order requires that federal service contracts and solicitations include a clause that requires the awardee and its subcontractors for the “same or similar services,” to offer employment to “qualified workers” on the predecessor contract if those workers would be terminated as a result of the award of the contract or the expiration of the existing contract.  The Order defines a “service contract” as any contract, contract-like instrument, or subcontract for services covered by the Service Contract Act of 1965 (41 U.S.C. §§ 6701–6707). The awardee contractor and its subcontractors are required to determine the number of employees necessary for efficient performance of the contract and may elect to employ more or fewer employees than the predecessor contractor employed in connection with performance of the work solely on the basis of the determination.  The Order provides “[e]xcept as provided in paragraph (b), there shall be no employment opening under this contract or subcontract, and the contractor and any subcontractors shall not offer employment under this contract to any person prior to having complied fully with the obligations described in this clause.” 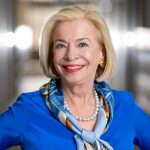 U.S. Citizenship and Immigration Services (USCIS) has announced major changes in work permits for spouses of three nonimmigrant categories; spouses of H-1B workers with conditions; spouses of E-2 visa holders (treaty investors);  and spouses of L-1 visa holders (multinational employees), as a result of a settlement in a lawsuit.

Effective immediately, spouses of E-2 visa holders and L-2 visa holders are granted employment authorization incident to status until the date the current authorized stay in that status expires and for an additional 180 days after an extension is timely filed. In the short term, employers may experience confusion, as DHS has 120 days from November 21, 2021 for USCIS to speak to Customs and Border Protection to make sure that the I-94 admission card is annotated to indicate whether the E-2 or L-2 is a spouse or a child.  The work permission incident to status is currently limited to spouses.  During the 120-day implementation period, E-2 and L-2 spouses will need to show the previously required documents.

Unlike E-2 and L-2 spouses, H-4 spouses are not entitled to employment incident to status.  In order to qualify for an H-4 spouse work permit, several conditions must be met:  (1) The H-1B principal must be in valid H-1B status: (2) The principal H-1B must have an approved I-140 or have waived the six year limit in H-1B status.  Many H-4 applicants looking to extend their EADs will be granted an automatic extension of work permission, provided all other conditions are met.

While this is a good start, USCIS must act to alleviate the financial hardship to employers and workers whose employment must be abruptly terminated while awaiting a year or more for the H-4 work permits to be renewed.