The Queen of Soul, Aretha Franklin, passed away on August 16 without a will.  With an estimated net worth of $80 million, it is safe to assume that Franklin has significant assets including, among other things, real property, cars, bank and investment accounts, and even a few Grammy’s and gold records.  Because she died without a will, Michigan state law provides that her assets will pass equally to her children, but the lack of a will or a trust spelling out Franklin’s wishes brings unfortunate implications.

With a proper estate plan, Franklin could have created trusts to keep her wealth private and out of the public eye.  Instead, all of Franklin’s assets, other than property titled jointly with a right of survivorship, will now pass to her heirs through probate making her wealth and finances public record.

Franklin also did not select her estate’s executor and now a court must appoint one.  In a will, you get to name the person you trust to transfer your assets and make decisions on your behalf.  The executor, or personal representative in Maryland, administers this process in accordance with your wishes as expressed in your will.  Because Franklin did not have a will to name her executor, it will be up to the Michigan courts to appoint one.  Potentially, this court-appointed executor could be a person who did not know Franklin or her wishes for her wealth, but this person will now be making significant financial decisions on behalf of her estate.

Could it be worse?  Y-E-S.  If Franklin’s estate is contested by her heirs or if she had outstanding debts, it will become a “hot mess” for everyone involved when creditors and long-lost family members come calling.  Also, the lack of a will could have significant tax implications which, with proper planning, could have been considered by Franklin to minimize those tax consequences.

You may not all have a gold record, 18 Grammy’s or a net worth of $80 million, but you certainly have some property and legacies to protect and wishes for their disposition.  Have a little respect for yourself and your heirs and address your estate plan before it is too late. 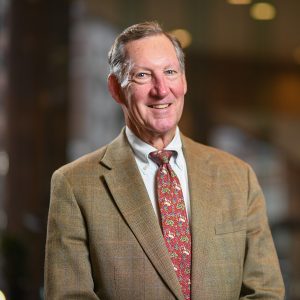 Many commercial agreements have a clause that refers the resolution of disputes that might arise to arbitration as opposed to the courts.  In some cases, the arbitration clause in the agreement may require a panel of three arbitrators which is frequently the case when the parties anticipate complex issues, complicated facts, and large sums. Even absent agreement on the number of arbitrators, arbitration rules may provide a guide.  For instance, under the Commercial Rules of the American Arbitration Association, claims or counterclaims seeking damages of at least $1,000,000 would be assigned to a panel of three unless the parties agree to one.  Conversely, if the parties all agree, they are always free to choose a single arbitrator.

Although three experienced minds may be better than one at sorting out the facts and law of a large and factually complex case, the cost and expenses can add up quickly.  In fact, studies have shown that a panel of three can cost as much as five times the cost of a single arbitrator.

The American Arbitration Association recently adopted a procedure called the “Streamlined Three-Arbitrator Panel” option which allows the parties to use a single arbitrator for managing preliminary matters, discovery and motions, including dispositive motions.  This new streamlined option actually has two variations.  Under Option 1, the chairperson is given the power to handle all pre-evidentiary hearing matters, including dispositive motions unless the parties chose otherwise.  Under Option 2, the parties select a single arbitrator at the outset who handles all preliminary matters.  No later than sixty days prior to the scheduled evidentiary hearing, the parties select two additional arbitrators.  The process of educating the new arbitrators is determined at the preliminary scheduling conference and incorporated in the scheduling order.  Either party can opt out of the streamlined procedure if they are not satisfied and the wing arbitrators will be reactivated and be part of all future actions.

The potential benefits of this new streamlined option are savings in arbitrators’ costs and avoiding difficulties in scheduling prehearing conferences if the entire panel must be involved in all facets of the case.  There are also drawbacks. If the parties chose Option 2, a party fearing an unfavorable ruling might use the appointment of the two new arbitrators as an opportunity to stall. Under either option, the wings may not be fully informed or engaged or have a feel for the subtleties of the case and may come to the hearing with insufficient background. There is also a risk that the chairperson may lack experience, temperament, or knowledge required to be effective.

In considering the merits of adopting the Streamlined Three-Arbitrator Panel Option, counsel and the parties must consider all pros and cons, keeping in mind that most of the streamlining features are often used and available anyway and can be adopted at the scheduling conference without formal adoption of this new option.

Missed It By That Much

The Department of Housing and Urban Development (HUD), awarded a 12–month contract to a management company to provide field service management at HUD properties in certain states.  The contract was awarded on a sole-source basis and a competitor filed a protest arguing that HUD lacked a valid legal and factual basis to make the award on a sole-source basis.  Whatever the merits of the protest may have been is no longer relevant because in Matter of: CWIS, LLC, B-416544 (July 12, 2018), the GAO dismissed the appeal as untimely.

On May 1, 2018, the GAO fully implemented its new electronic protest docketing system (EPDS).  Under new regulations for EPDS all protests are required to be filed using the EPDS system.  Further, the regulations specify that “[a] document is filed on a particular day when it is received in EPDS by 5:30 p.m., Eastern Time.”  Under the facts of this matter, the protest was due within 10 days of when the alleged impropriety was known or should have been known.  HUD announced its decision to award the contract on June 19, 2018.  Thus, a protest was due by June 29, 2018 at 5:30 p.m. ET.

On Friday, June 29, at 5:29 p.m., the protester attempted to file its protest using EPDS.  The attempt was unsuccessful, and resulted in an error message being received.  At 5:31 p.m., the protester contacted the GAO by email, to advise that the attempt to file using EPDS had been unsuccessful.  At 5:46 p.m., the protest was submitted by email to the GAO protest inbox.  Because the filing was made after 5:30 p.m., it was treated as having been received the following business day, Monday, July 2, 2018.  Accordingly, the GAO dismissed the protest.

There have always been deadlines for filing protests and the new electronic filing system has its own deadline.  Because new technology has been introduced to the protest process protestors must be sure they are familiar with that technology and allow for glitches in the process.