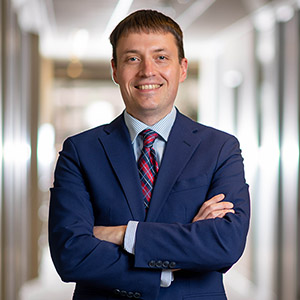 Defamation:  High-Profile Cases Put the Spotlight on an Often Misunderstood Area of the Law

In the past few months, the Johnny Depp/Amber Heard and Alex Jones cases have captured international attention.  You might also recall that Tesla founder Elon Musk prevailed in a high profile civil case several years ago.  These cases all had one thing in common:  they were primarily based on defamation causes of action.  We all have familiarity with the concept of defamation: a false statement of fact that harms somebody else’s reputation.  But determining what will – and what won’t – be an actionable offense can be difficult.

The First Amendment to the Constitution guarantees every person the right to speak the truth and the right to express their opinions.  But you also have the right to protect your good name.  The tension between these rights has resulted in what might seem at first glance as a fairly clear-cut rule:  if the words used are factual statements that are false, they can be defamatory; if they are opinions or are true statements of fact, they are not.

There are a number of exceptions and clarifying points.  First, the words need to have been “published.”  In this context, publication doesn’t mean that the words have to be on a website or printed, but they simply have to be disseminated to a person other than the one about whom the words are said.  Without publication, the right to defend one’s reputation isn’t implicated.  Another important rule is that the person speaking the words has to have intended to make an actual statement of fact.  Hyperbole and fanciful language do not count as defamation.  In one colorful case from Virginia, a student newspaper was not guilty of defamation where it referred to a university staff member as the “Director of Butt Licking” because the words could not reasonably be understood to convey actual facts.

A grey area of defamation law is fact dressed up as opinion.  Courts distinguish between false factual connotations, which are actionable, and pure expressions of opinion, which are not.  Simply couching your words with the qualifiers “I believe” or “in my opinion” may not necessarily cloak you with Constitutional protection.  If an opinion implies knowledge of an objective fact upon which that opinion is based, it will be treated as factual.  Always remember that an opinion is dependent on the view of the speaker, whereas a factual statement deals with matters that are objectively true or false.  This is the principle that Amber Heard ran afoul of when she published an op-ed stating that she was “a public figure representing domestic abuse.”

When talking about a private individual, a statement can be defamatory if the speaker did not have a good reason to believe the words were true, or if the statement was negligently made.  But what if the words were said about a public figure, such as a famous actor, politician or business mogul?  A plaintiff in that type of case will have to prove that the words were spoken with “actual malice” – in other words, an intent to harm.  Malice can be shown with proof that the statement was knowingly false when it was made, or that the speaker recklessly disregarded the truth.

In this era of social media and the influence of online media sources and review sites, defamation is a growing area of the law.  If you believe you have been defamed or have questions about whether you could face liability for something you’ve said or intend to say, feel free to contact the author at tmoran@wcslaw.com or (804) 362-9434.