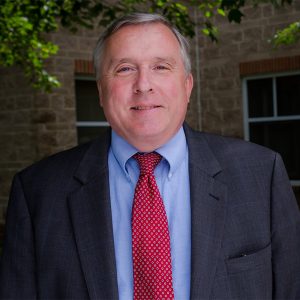 However, based upon recent legislative efforts by the Virginia General Assembly, that jurisprudence is about to change. Since January 12, 2022, both the House of Delegates and the Senate considered and passed Senate Bill 550 which sought to prohibit the use of pay-if-paid clauses in connection with public projects in the Commonwealth of Virginia. The bill, SB 550, found its way to Governor Youngkin who, on March 22, 2022, added additional proposed revisions to the bill which were received by the Senate on April 11, 2022. The Governor’s revisions included (1) an expansion of the deadline for payments by owners on private, as well as public, projects, (2) an enhanced the right to withhold retainage by imposing certain notice requirements, (3) a provision applying the legislation to new contracts after January 2023, and (4) a provision delaying implementation of the law until January 2023. The bill, as modified by the Governor, is under review and is to be presented to the General Assembly on or before December 1, 2022.

By way of summary, HB 550, as amended by Governor Youngkin:

If and to the extent SB 550 is approved and becomes law, Virginia will be joining a minority of states which have, through legislative action, invalidated pay-if-paid provisions and rendered them unenforceable, including California, Delaware, North Carolina, and those few states in which the judiciary has invalidated such provisions on public policy grounds. There are, however, courts in a vast majority of states, including but not limited to, West Virginia, the District of Columbia and many more, which have held or suggested that pay-if-paid provisions are enforceable if the clear and unambiguous intent is to transfer the risk of non-payment to lower-tier contractors. There are some states, such as Illinois, Indiana, Kansas, Maryland and New York which have limited enforceability of such clauses by excepting projects and claims which involve mechanics’ liens and/or surety bond claims.

Therefore, it is important that all parties to a construction contract keep an eye out for developments related to this important legislative effort over the next seven or eight months, be sure to closely review and, if necessary, revise the payment terms of contracts and subcontracts, be aware of the positions that may be raised in the defense of any claims, be cognizant of the contract’s applicable law provisions to determine whether the law of Virginia or some other state applies, and consult with a qualified attorney when reviewing construction contracts.

If you have questions, please email me at rpledger@wcslaw.com.

Employers, foreign nationals and their lawyers started the week in jubilation at the announcement of USCIS on March 29, 2022 that USCIS was going to vastly reduce backlogs; expand premium processing and timely process EAD work permits.  We left the week with a thirst for the details on when and what applications were going to be included in the premium processing and expedited EADs.  We applaud Ur Jaddou, the Director of USCIS, for the stated aspiration and her sincere desire to ensure that employers don’t lose valuable employees, that employees don’t have to go home and deprive America of their talents, and that a measure of certainty be inserted into the processing times.

As lawyers, our lives have been overwhelmed with devising winning strategies for obtaining expedited handling of either initial or renewal work permits. The USCIS missive promises some immediate action and some aspirational actions, and we support them in doing what it takes to confer immigration benefits on those who deserve them.  Employers and clients may soon see the end of sitting on pins and needles wondering when a critical work permit or green card will be received.

The USCIS Action Plan consists of three parts, which are summarized below.

USCIS hopes to achieve these laudable goals by the end of Fiscal Year 2023 (September 30, 2023).  Consistent with the USCIS policy of transparency, USCIS announced a metric labeled “cycle times”, not to be confused with processing times, which are USCIS internal processing time goals.

By way of explanation, the goal is to process I-129 petitions (H, L, O, P) within two months; and to process EADs, and I-539 applications within three months; to process I-485 green card applications; I-140 Non-Premium and I-130 relative petitions within six months.  If this aspiration approaches reality, the immigration landscape will change to one of predictability of processing times, thus, enabling all parties to enjoy a level of certainty that an eligible benefit will be timely conferred.  For those who have been in the immigration world for two or three Presidential administrations, the horizon looks brighter than in the past.  This goal has not yet been reached.

There is current a backlog of 182,450 employment-based I-485 green card applications; approximately 740,569 EAD work permit applications and 487,027 citizenship applications.

While the entire immigration community, including employers, employees, and asylum applicants are suffering crisis level delays, the announced addition of several types of applications eligible for Premium Processing (PP) is a glimmer of hope. If an application or petition is eligible for premium processing, USCIS promises an adjudication within 15 calendars for a fee of $2500.00 or it will return the fee.  In practice employers feel compelled to opt in to have a modicum of certainty as to when an employee can begin work.

The nightmare of the EAD delays has permeated throughout businesses, families and foreign national workers.  USCIS has not yet announced the rollout dates when premium processing will begin on EADs and the types of EADs which will be eligible for premium processing.  However, it is expected that the following timelines will become effective:

The phase in approach will provide no relief in the short term for H-4 spouses, whose work permits are now taking up to one year, resulting in catastrophic job loss and financial harm to our economy.  Recently, USCIS granted automatic work authorization to spouse of E-1, E-2 and L-2 visas, lightening the burden on those workers.

USCIS is expected to publish temporary final rules which would temporarily automatically extend work authorization while EAD renewal applications are pending.  Currently, applicants for renewal of EADs in many categories are granted automatic extensions of EAD work permits for 180 days.  This rule may grant automatic extension of between 240 up to 540 days.  This measure is expected to vastly reduce the number of employees whose employment is disrupted due to work authorization lapses. USCIS expects the number of expedite requests being filed would be reduced.  The specifics of the rule are not yet available and this site will be updated when the rule is published.

The USCIS has advised the final results of the Fiscal Year 2023 H-1B lottery winners.  USCIS has an annual quota of 85,000 H-1B visas available for employers who are subject to the annual cap. During the initial registration period for FY 2023, USCIS received 483,927 H-1B registrations and selected 127,600 registrations for the 85,000 numbers.  Of the 85,000 H-1B numbers, 20,000 are set aside for those with U.S. masters degrees and higher.  It is possible there will be additional H-1B registration periods if sufficient H-1B petition filings are not received by June 30, 2022.  After being notified of selection, the H-1B employer must file the H-1B petition by the published deadline.  For the current process, H-1B petitions must be filed between April 01, 2022 and June 30, 2022.

USCIS has several rules which must be followed in order to successfully obtain an H-1B lottery number and, if selected, obtain the approval of H-1B status.  These are:

Many prospective H-1B employers are exempt from the cap and are unaware a cap exemption may be claimed.  Please contact us at jan@wcslaw.com to discuss whether a cap exemption is possible.

Registration for citizens of the Ukraine and of the Sudan begins April 19, 2022. The registration period is from April 19, 2022 until October 19, 2023.  Applicants must file Form I-821 and an I-765 application for employment authorization, with supporting documents.  Both applications should be filed online.

To qualify, citizens of the Ukraine must have continuously resided in the United States since April 11, 2022.  USCIS has estimated that approximately 59,600 Ukrainians are eligible for TPS and work authorization.

Citizens of the Sudan must have continuously resided in the United States since March 1, 2022. USCIS has estimated that approximately 3,090 people may be eligible under the Sudanese TPS and work authorization.  The Sudanese TPS designation is for eighteen months.  USCIS has granted automatic extensions to those Sudanese citizens who have already been granted TPS until December 31, 2022 and this group must file a new application under the Sudanese TPS program to continue protections.

There is concern that with the backlog of EAD applications at USCIS, the employment authorization document may be issued long after filing.

For more information go to:  the USCIS.gov newsroom.

On April 15, 2022, DHS designated citizens of the Cameroon for Temporary Protected Status.  In order to be eligible, citizens of the Cameroon must have continuously resided in the United States since April 14, 2022.  The designation is valid for 18 months and applications for both TPS and work authorization may be filed together online.  More information can be found at here at USCIS.gov.

If you have any questions, our Immigration Group at Wright, Constable & Skeen is available for consultation.  For a consultation, please email Corey at legalassistant@wcslaw.com