WCS attorney James Constable was recognized as a winner in the Daily Record’s Leadership in Law for the year 2014.

Leadership in Law was created in 2001 to draw attention to the many Maryland legal professionals-lawyers and judges-whose dedication to their occupation and to their communities deserves particular recognition.

After applications for Leadership in Law have been received, an external panel of judges reviews the nominations, applications, letters of recommendation and any other information that has been provided. From this process the Leadership in Law winners are determined. Each winner is then mailed a secret ballot and vote on the Top Leader in Law.

Leadership in Law award is independently judged. Winners are selected solely based on merit.

James Constable is the fifth generation of Constables to practice law in Maryland. While his family name has been a known commodity in the legal community for almost a century, it is Mr. Constable’s individual accomplishments that have led him to become a distinguished attorney and arbitrator.

While Mr. Constable has represented Fortune 500 companies, he is known for his work providing guidance to small and mid-size companies through the challenges of growth. His experience in the world of commerce and commercial and business litigation has given rise to a substantial practice as an arbitrator for both domestic and international complex commercial cases.

View the list of winners for this year. View the official press release here. 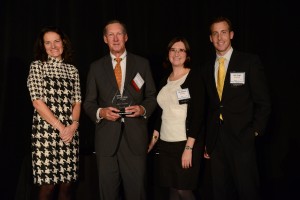 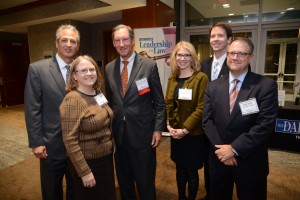